About Greg’s Bistro and Reviews

Dine in or take out. They also deliver!

My dad and I stopped here for lunch. Great sandwiches and pizza! Fun atmosphere, good prices, and friendly service. We both left satisfied with full bellies! Will be back

Called for a small pizza and a salad, took 1 hour and 30 minutes to deliver. We literally live 4 minutes away!! Pizza was cold and not very good.. horrible place

Stopped in for our first visit!  I ordered two junior beefs and a king hot dog. My daughter loved the hospitality of the restaurant as we waited for our take-out. The manager(?) allowed her to pick out a cookie for her dessert, free of charge! He was very friendly and laughed with my 6 year old as they talked. Our meal was really yummy and I am looking forward to a return visit... but this time with my husband and two sons as well. The menu is so extensive I know they'll all find several items that they'll want to try!  Go check it out!

We've been ordering from Gregs for years but every time gets worse and worse. They take well over an hour to deliver, the food has gone downhill and they are incredibly rude. The attitude of the owner makes me not willing to spend money at this business. They clearly do not care at all about their customers. If you complain they yell at you and refuse to own up to their issues. Worst customer service ever! There are many other pizza places around, I'll never order from Gregs again and suggest you don't either.

This place is actual dog shit. They put WAY too much cheese on the pizza and I don't even think they put sauce on it legit it's all cheese. Disgusting. Workers are extremely rude when ordering. Don't go here.

This is in response to review posted by Igor S.  First off, that review is not a reflection of the food or service provide by Gregs.   That review is a condemnation of another customer, which is completely uncalled for.  Igor, you should be ashamed of yourself.Incidentally it's not entirely accurate.  I was there.  When that woman leaned against the light switch the other customers wanted the lights back on, not off.  People do that in there all the time and we want the lights back on.   That little boy is familiar with the drill and was trying to be helpful in the way that a 5 yo can.  The women in question was a b i t c h and reacted in a completely a s s h o l e manner.  Incidentally, Gregs was packed shoulder to shoulder that night.  The whiney woman's voice was lost in a sea of talking.  As a regular at Gregs, who has spent many 00s dinning there I for one would appreciate it if you took your business elsewhere.  Take the b i t c h y women at the light switch with you.  As for Gregs, it's the best deal in Hampton.  Greg's has a great bar, they serve a great drink and the food is a good value, although basic Greek pizza shop food.  There is a reason Greg's packed with customers 7 nights a week.

We ordered lunch today and it took over an hour and a half to deliver.  It was all cold but thankfully we had a toaster oven to heat it up.  Everything was gross.  The ricotta cheese on the pizza was spoiled, tasted awful and was definitely spoiled.  Waaay to much garlic on the pizza, the fries tasted like they were from yesterday and even the chef salad was not good.  We order out all the time at my office and we have now thrown all of Greg's menu's out and will not go back.  Awful Awful Awful!

Quite possibly the worst customer service I have ever received. Ordered a salad, to which they asked what sides I wanted over the phone and received a meal of rice with chicken when I got home. When I called back they were very hesitant to help so I drove back to the place to figure out what went wrong. When I got there, I was hostilely informed that what I ordered was what I got, not the salad. They rudely stated that if I wanted salad I had to pay for that despite already paying for the wrong meal. When I refused to pay again for a meal that I ordered the supposed owner shoved the meal back at me and I left. Extremely displeased with this restaurant due to the severe lack of professionalism.

The food here when they get the order correct is good. Since new owners took over the orders sometimes have errors but don't try to tell them it is wrong. They will tell you they did not make a mistake and get really rude. For this reason I try not to order from Greg's if there are other options. Hey Greg's try some customer service and own up if you make a mistake. It's not the mistake that is driving customers away it's you ATTITUDE!

Let me start by saying the food, service, and prices are alright.  This is a local hangout.  My wife and I went there for a couple of drinks and some pizza.  But what we witnessed was unbelievable.  There was a couple, middle aged, sitting at one of the tables in the bar by the light switch.  The woman accidentally hit the switch and everybody turned to her and said, "Turn off the light!" She promptly turned it off. Everything is OK. Then this little boy, about 4 or 5, comes to her and asks her to turn the lights back on.  She says, "Sorry, but everyone here likes it off." He then proceeds to go around her chair and reaches across her food to turn it off. She tells him he needs to leave it alone.  He then tries to take her chair and move it so he can get to the light.  She looks down and tells him he will get hurt down there.  So he climbs the chair of the lady behind her and tries to reach for it that way.  The woman says to the other woman in the chair, "Is he yours?"  "No, I thought he was yours."The child then proceeds to crawl under the table and up and under her legs.  She yells to the crowd, "Whose child is this?"Nothing.She asks again and nothing.  Finally, her husband stands up and yells, "Does anybody know who this kid belongs to?"A woman by the window and eyes glued to the phone says, "He's mine."He tells her that she needs to come get her child.She says, "He practically owns the place."The child then goes towards the bar and the mother says, "Come back here, J??? isn't working tonight."He then goes back to the table and sits down.If this establishment thinks letting a 4 year old run around and bother patrons because the mother knows someone who works there is OK, then we will no longer spend our money here.It was shocking to watch. This is not how a restaurant should handle it's business, no matter how local you are.  Letting children run a place is unprofessional and makes it uncomfortable for adults who want to go out and have a good time. This woman should have brought her son to Chuck E. Cheese if she wanted him to run around unattended.

Placed an order for delivery. With no sign of our delivery person for an hour, called to check on the order and was told that the delivery person had already left. He must have been making deliveries on foot, because a half-hour later, he still hadn't shown up. About 90 minutes after placing our order, we finally called back and cancelled. 20 minutes after we cancelled the order and left the house, the delivery person called from the driveway. "I have your food, but nobody is coming to the door." "Uhh... we placed the order two hours ago, and cancelled it 20 minutes ago after nobody showed up." "I'm here with your food now. Do you want it or not?" "No. We cancelled the order." *click* he hung up on us. It's too bad, too. The food is decent, but a two-hour delivery time and an immensely rude delivery person are absolutely unacceptable.

I used to have an apartment a mile or so from downtown Hampton so we would frequent Gregs pretty often when looking to get some takeout. The pizza is just okay...3 stars for that. The subs were always great...definitely 4 star quality! The steak bomb is loaded full and huge. The fried clams were SO good here...5 star level! They rivaled any of the surrounding fried seafood stands which is a strange but pleasant surprise from a pizza/sub shop.

I've been ordering from here for years. The food is decent. Definitely one of the better pizza places in the area. The major problem is the fact that there's a major communication barrier and it causes problems. They hardly speak or understand any english. My order and address always gets messed up when I call . I waited an hour and a half once for a pizza because they got my address wrong. I had to call the delivery guy 3 times AND text him because he didn't understand English. Soooo frustrating.

Very rude customer service. They seem annoyed when called and try to rush you through your order.  You might not receive exactly what you ordered and  may get non fresh tasting meat. I've given them the benefit of the doubt and have ordered more than twice from them and the rude behavior had stayed the same each time.

I have have both ordered for delivery and ate in the restaurant... I agree with the review of how they are like the soup nazi from Seinfeld.The order is always wrong and the food quality consistently goes downhill.. I'm not asking for much just a fresh salad...There are better options in Hampton..

Frequent visitor of Greg's. Enjoy it every time!Subs are gigantic and reasonable priced!

I called and right away I was cut off and put on hold for 5 minutes.  Finally I was able to place my delivery order and it never came!! After waiting an hour I called to ask where they were all I got was a busy signal. I then continued calling for the next hour to get a busy!!! Worse place ever.

Ordered a salad to be delivered. They asked if I wanted onions and feta and I said yes. When it got here and I was asked to sign the credit card slip I saw that there were extra charges for both these things. When I asked the delivery driver about it he argued with me and told me "I should have read the menu". When I called greg's and asked to speak with the owner, he barely gave me an apology and then proceeded to just argue the driver's point. When I went to eat my salad there were several long strands of hair throughout it. Needless to say, won't be giving Greg's Bistro any more business.

Without fail they will screw up your order and the girl who works the counter/phone is so rude.  But the food is good and Hampton is a small town so we continue to go back...  best calzones in Hampton. 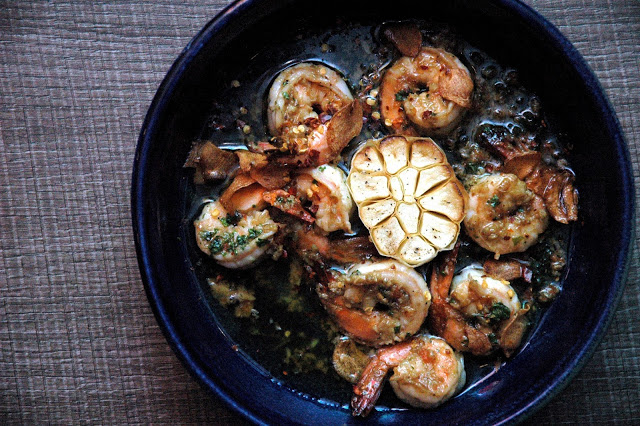 © Copyright 2019 Unofficial site of Greg's Bistro
All rights reserved. This site is in no way affiliated with or endorsed by Greg's Bistro. It exists as a compendium of supporting information intended for informational purposes only.

If you want to buy this website, please don't hesitate to contact us via e-mail: domain (dot) sales (dot) org @ gmail (dot) com